If you still have problems, please let us know, by sending an email to support@website.com . Thank you!

OUR BLOG & YOUR STORIES

All ChyTV devices, including both Standard Definition (ChyTV Plus, ChyTV-IP, ChyTV-SDI) and High Definition (HD 100, HD 150, HD 250, HD BB, HD Alert, HD-mini) are capable of driving or being driven by a variety of data sources and external devices. Data sources can include graphics and text imported or ‘mined’ from Web pages, XML and RSS feeds, Databases and more. In addition, ChyTV pages and sequences can be controlled by various external physical devices using RS – 232, GPI (general purpose interface) and IP network socket. Likewise, ChyTV pages and schedules can issue commands to control peripheral devices. Some examples of external control include:

Touch – screen control. Using an ELO compatible touch-screen mounted in portrait mode and a ChyTV HD 100, a kiosk was displayed in WalMart displaying their various digital camera offerings. By selecting various categories such as features or price ranges, deeper details could be displayed for each camera.
RFID. An HD 100 was used to react to an RFID scanner to display more information or video clips about a particular product when the product was ‘swiped’ in front of an RFID scanner.
Proximity Sensor. A proximity sensor connected to an HD 100 detected the presence of customer and pages beckoned the customer closer. Content would change appropriately as the customer approached.
Badge Scanner. Connecting to a trade-show badge scanner RS-232 port, an HD 100 was used to thank the customer by name when their badge was swiped. In addition, Google Maps was used to animate a zoom-in from outer space to the customer’s home state.
Magnetic Switches. When a product was ‘lifted’ from the shelf, the GPI on a ChyTV Plus was triggered and the ChyTV Plus then triggered an appropriate ChyTV page, a clip player, and a ‘scent’ generator which could emit a ‘puff’ of scent. For example lifting a package of go lf balls played a page with information about the golf balls, a video clip and ‘puff’ of green grass scent.
Bank Teller Switches. Pushbuttons at Standard Bank when pressed by the bank tellers control a ChyTV Plus to show an animation directing the customer to the appropriate teller window.
Announcement Switches. Contact closure switches on a line of ferry boats in Australia enable a ChyTV Plus to display various status announcements on the televisions throughout the boats.
Third Party Interfaces. A variety of third party companies and partners have developed ChyTV interfaces into their software using the ChyTV SDK and API (software developer’s kit and application programming interface). Some of these include:
Vermont Systems – Rectrac. Park and recreation management system. Pushes facility schedule information to ChyTV for display on facility televisions. http://www.vermontsystems.com
Videobotics. Remote camera control systems for churches, government,schools,etc. Using ChyTV to title camera views. http://www.videobotics.com
Frost Cuttlery. Using ChyTV to automatically overlay local phone numbers on local cable channels. http://www.frostcutlery.com
Palms Casino. Using ChyTV to display game table stakes and games as the tables change.
SchoolView. School management systems. Using ChyTV to display various announcements on school televisions. http://www.schoolviewtech.com
4 Village Studios. A municipal Long Island cable channel uses ChyTV to display local announcements and information along with live weather information from a roof – mounted weather station on their own building. The weather station is a Rainwise system that delivers XML for the weather data directly to the ChyTV for on-air display.
http://www.4vs.org/
http://www.rainwise.com/
VA Hospitals, Chicago. VA hospitals in the Chicago area use ChyTV HD 150 devices to display their own local information along with national images and text mined from their www.va.gov web site. These images and information are automatically pulled in directly by the ChyTV device, which keeps the content fresh and up to date automatically with zero manual effort day to day.
Pershing County of Nevada. K14KQ is an FCC – licensed Public Broadcasting Station, owned by the Pershing County School District and operated by high school students since 2001. The ChyTV HD – 150 is used to cycle through a scheduled sequence of events and announcements as well as show current local weather. On top of that, they include a live camera feed from a roof – mounted weather station. The weather and camera feed come from a Weather Bug system from Earth Networks.
RS-232 Control and IP Socket Control
The ChyTV Plus includes a 9-pin RS – 232 connector that enables the ChyTV to control or be controlled by an external device that supports RS-232. Likewise, the HD ChyTV products can use a serial to USB connector. Each device that controls RS-232 typically uses its own command protocol. Therefore ChyTV’s RS-232 implementation is a generic interface that permits entry of specific ASCII text strings with a user definable Command and Description field permitting easy reference. When applied the appropriate tag is placed on the ChyTV page. When the ChyTV page is displayed on the ChyTV, the ASCII text string is sent to the RS-232 port.

Likewise, ChyTV has a simple ASCII text protocol that can be used to control the device and deliver data from external applications and interfaces.

All commands supported by RS-232 are also supported over network IP socket connection.

GPI Control
The ChyTV Plus includes a 9-pin D connector for GPIO functions. GPI stands for General Purpose Interface; GPIO stands for General Purpose In/Out. The two terms can be used interchangeably. GPI permits 8 possible ‘function’ triggers via contact closure. These functions correspond directly to one of the 8 pins. The appropriate function is triggered upon ‘contact closure’. GPI functions can be defined to read a specific page, display Full Video, advance to the next page in the schedule, and a variety of other ChyTV actions.

The 8 pin GPIO port can be configured for both in put and output.

What you can read next 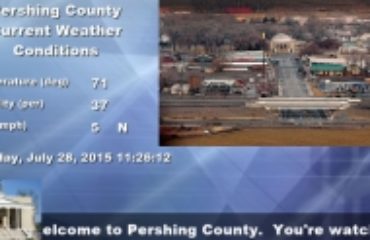 Does your signage player have EARS? ChyTV does! 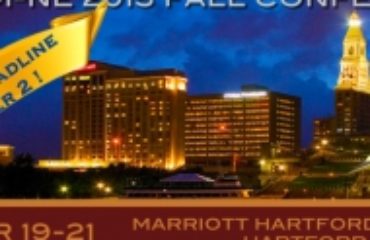 ChyTV features an in-house, combined new product demonstration and training with Q and A session